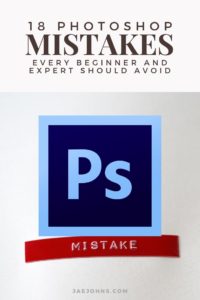 When it comes to making things in Photoshop, there are a lot of cool things that you can do. Also, there can be many Photoshopping fails you can make. Photoshop is an incredibly powerful tool that can be used to create entire realities if you know-how.

While there are some serious perks to this system, it can also be pretty complex. Worse, when you make a mistake in Photoshop, you are just asking to be trolled by the entire internet.

There is absolutely nothing that the internet loves more than Photoshopping fails. This is why I decided to lend a hand and help you to avoid making any seriously embarrassing mistakes.

Whether you are a brand new to Photoshop or you consider yourself to be a pro, we all make mistakes. In Photoshop, there are some incredibly easy to make mistakes that will get you roasted online.

No matter how experienced you are, some things in Photoshop are incredibly easy to overlook. The results can range from looking tacky to downright embarrassing. Fortunately, you can learn from the mistakes of others and avoid some of these absurd Photoshopping fails. It’s the best way to not end up getting mocked one of those clickbait websites. 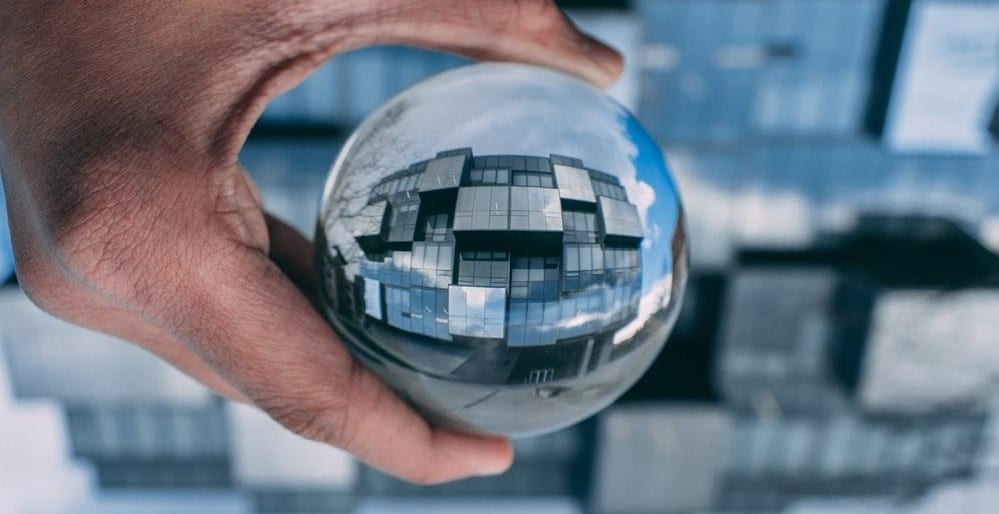 Be Mindful of the Background Warp

If you search online, you will find hordes of images where people made masterful edits on photos only to have their efforts undermined the moment that the audience realized how warped the background was. The internet has outed many girls for trying to make their assets look bigger and many men for trying to give themselves larger muscles. Don’t make this mistake!

—When it comes to Photoshopping fails, there are few things worse than incorrect alignment. It is all fun and games until you realize that someone’s hand has spontaneously become detached. This kind of mistake makes it possible for you to end up with a seriously botched photo.

To avoid this, make sure that any time you move a section in the photo, you move all of the components. It is easy to get so focused on the main part of a photo that you forget the rest entirely. The results are generally pretty funny, but not what you want.

Look Out for Color Changes

—If you are looking to get the most out of your Photoshop experience, chances are you will be doing some color correction. When you do color changes, you might end up correcting certain parts of a photo or using filters. Whenever you do this, it is important to make sure that your color changes don’t impact the overall photo.

Other areas might get altered in distasteful ways or might just look unnatural. It is fine if you want the trees to be darker, but make sure the model doesn’t end up looking like an Oompa-Loompa. Some Photoshop fails you simply can’t get out of your mind.

—Photoshop is strong enough to let you rewrite reality in a lot of ways. This makes it possible for you to emphasize certain elements or tweak their sizing. While you might think it looks cool to give someone larger eyes or lips, it becomes a problem when it doesn’t match the rest of the photo.

Though there are some artful ways to exaggerate things, in a lot of cases, you don’t want to overdo this. Not only can it end up being seriously awkward, but people will call you out for it. There are plenty of Photoshopping fails that show someone with eyes as big as the building behind them. Worse, there are plenty of Photoshopping fails with people as big as buildings. In the end, it just looks silly.

—If you are doing any fancy edits, you might be using bits and pieces from other images. While this is fine and a great way to get the most out of your model, it can be dangerous. So many Photoshopping fails are the result of limb manipulations.

All the time, people will alter a picture and force someone to end up with two left feet, extra fingers, or an arm that faces the wrong way.

—Though there is some serious power in how you can extend things in Photoshop, many Photoshopping fails start here. You might think that you are doing an amazing job editing a photo, only to realize someone’s arm is as long as their body. This doesn’t only look silly.

It makes you look silly for not catching it. To avoid looking like you have no idea what you are doing, always do a final review of your work.

—Contrast is an incredibly powerful tool. It can help you to make your images more stark and appealing. However, changing the contrast on a photo is not something that one can do without true intent. If MySpace taught us anything, it is that contrast can be abused rather easily.

Depending on what is going on in your picture, you might end up with something truly embarrassing like Kim Kardashian’s accidental blackface. You don’t want to make your pictures look bad, so always use caution with this one!

—Just because you have the power to create and destroy with Photoshop, doesn’t mean that you should. Many people fall in love with just how malleable images become under the hand of Photoshop. However, Photoshopping fails are more likely to occur when you are doing weird things.

Yes, you can move that person’s hand to go right there, but did you notice their elbow is now inverted? When you manipulate images, do so tastefully or not at all.

Make Sure You Include All Model Components

—When you are working in Photoshop, it can be a bit of a process to add models to an image. This is even more true if you are fitting them into a new image somehow.

For most people, adding a model to an image seems like a fairly simple process. Unfortunately, many Photoshopping fails occur here. It is all fine and dandy until you realize that your model has no left leg in the image.

—Photoshop can help you to make some very cool images, allowing you to perfect reality in a way. A popular use of this kind of ability is to add images into mirrors in the background. While this can look cool when done properly, a surprising number of people drop the ball here.

If you are going to Photoshop an image into a mirror, make sure it is facing the right way. There is nothing creepier than someone’s mirror image doing something different than the model in your photo.

—If there is one Photoshopping fail that never fails to stand out, it is when your images don’t match up. Any time you add a new element to your photo, you have to make sure you blend it into the background.

Time and time again people will add elements that are blatantly taken from another image. If you are looking to add them, that is completely fine. Just be prepared to do the right amount of legwork to see it through to completion.

Be Weary of Beauty Edits

—Photoshop has been used for years to improve the physical appearance of models everywhere. However, there are so many ways for this to go wrong. Make sure if you are doing any beauty edits that you take some time away before you submit them.

Sometimes you can get so focused on the technical aspects of a Photoshop project that you overlook glaring design issues. Avoid bad tan jobs, ugly lip colors, and body modification fails by taking a step back.

—Nothing says Photoshopping fails quite like bad lines. Whether you are looking to replicate a pattern, or you are adding in a new element, make sure things line up. It is always awkward for everyone when you realize that the image is blatantly Photoshopped.

This mistake will sell you out every single time. To avoid it, look for common points where the images come in contact. Locate these and make sure that the decision you made looks realistic.

—No one wants yellow teeth immortalized in an image for all of eternity, but there is an equal and opposite problem. Avoid making your model look seriously ridiculous by not making their teeth too white.

Sometimes you can get so focused on color correcting the teeth that you end up with vibrant teeth. This can be fine with the right image, but a lot of the time, it sticks out. As far as Photoshopping fails go, this one is seriously awkward.

Look Out for the Picture in a Picture

—There is nothing better than a fun Photoshopped image of a picture within a picture. People love to make images where someone has a phone or camera up taking the picture. Though most people think this is candid, the truth is these are generally edits.

This is fine and can make for a great photo if you do it correctly. Make sure the image on the screen matches the image in the picture or things can get pretty awkward.

—When you begin working in Photoshop, you will realize that lighting is crucial. You might want to brighten an image and accidentally end up completely washing out the model’s face. To avoid this, it can be best to correct one section at a time.

No matter what, if you notice your model is beginning to look like Lord Voldemort, please fix it. The human face has shapes and we want to see them.

—Now, I’m not going to blame Underworld for this completely, but I kind of am. The fact of the matter is that we hit a point as a society where crazy vibrant eyes became a common part of photo editing. While this can be done tastefully, it can also make you look kind of possessed.

To avoid this, I would like to advise that you focus on making your eyes look realistic. A little sparkle is fine, but you shouldn’t look like the undead. You might think it’s working, but I promise you it is not.

Make Sure Everyone Has the Right Limbs

—Time and time again, people Photoshop images and end up leaving audiences with questions. A common issue with group photos is the placement of limbs, hands, and feet. You shouldn’t have to guess what arm belongs to who unless you are making an illusion. Avoid these Photoshopping fails by making sure that everyone has the right number of limbs placed in reasonable positions.

When it comes to using Photoshop, there are so many amazing things that you can do. You will love seeing all of the beautiful and whacky images that you can make. However, before you post or submit an edited photo, make sure you aren’t making any of these silly mistakes.

It happens to all of us, so a quick follow-up can save a ton of embarrassment. You don’t want to end up on a Photoshopping fails list, and I don’t want you to either. Always take a break from the image and come back later!

Are there any mistakes you’ve noticed people make that are not on this list?