Home » Art » Lettering and Calligraphy: A Visual Guide to Their Differences

When it comes to fancy writing, many people assume that all forms are created more or less equally. While it is easy to see that there are differences when it comes to some of these art styles, labels can be confusing.

Most people can identify calligraphy lettering, but traditional lettering has a tendency to confuse some people. This is mostly because many people don’t recognize that lettering is an actual art by itself.

In this guide, we are going to cover the differences between calligraphy and traditional lettering. This will help to increase your understanding of these two exciting art styles. 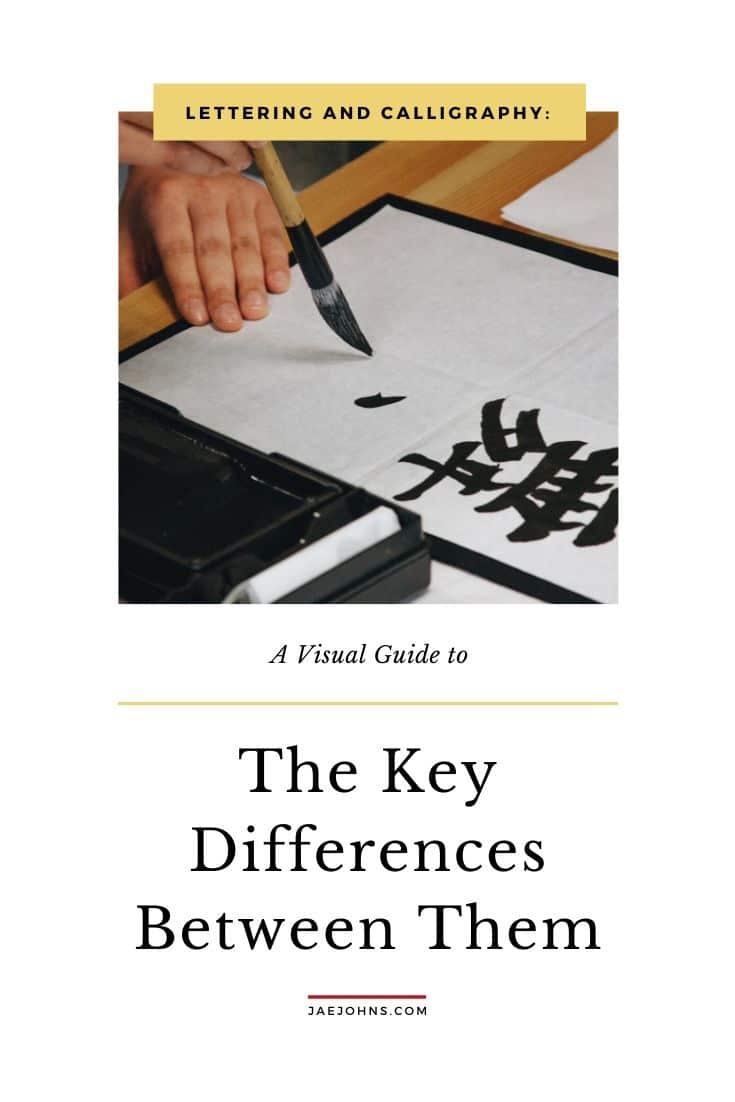 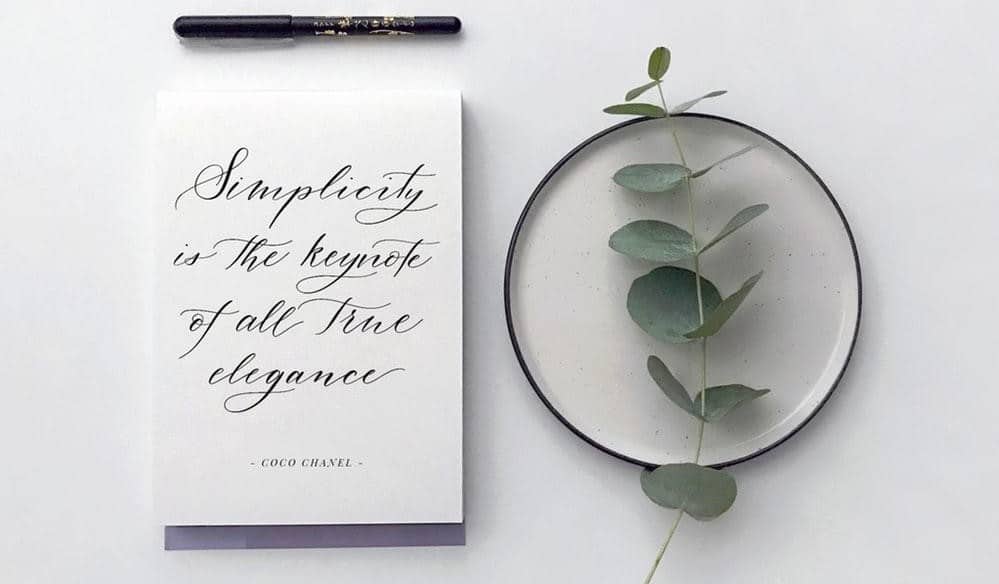 If you were to ask the majority of people what calligraphy lettering is, they would probably be able to give a halfway decent description. Calligraphy has been popular throughout history, but it has gained a lot of popularity in recent years. It is unclear what exactly has led to such an interest in this traditional art style.

However, it stands to reason that a primary driving force has been social media. There is a widespread interest in calligraphy online. Many online accounts are dedicated to calligraphy, including videos and images. It also commonly used in some of the popular journaling techniques that are known to popularized online.

At its core, calligraphy lettering is an art style that is built around making beautiful written words. In the majority of cases, the words are composed of fluid letters that are often interlocking. Their overall design is intended specifically with beauty in mind.

Calligraphy is a form of art that relies on fluid strokes, and it is generally presented in a way that many find appealing. In its truest form, calligraphy is designed to make it look as if the letters were created as one. Each letter in a word will interconnect in one way or another, making it appear as if the word was carried out in a single effortless flow. 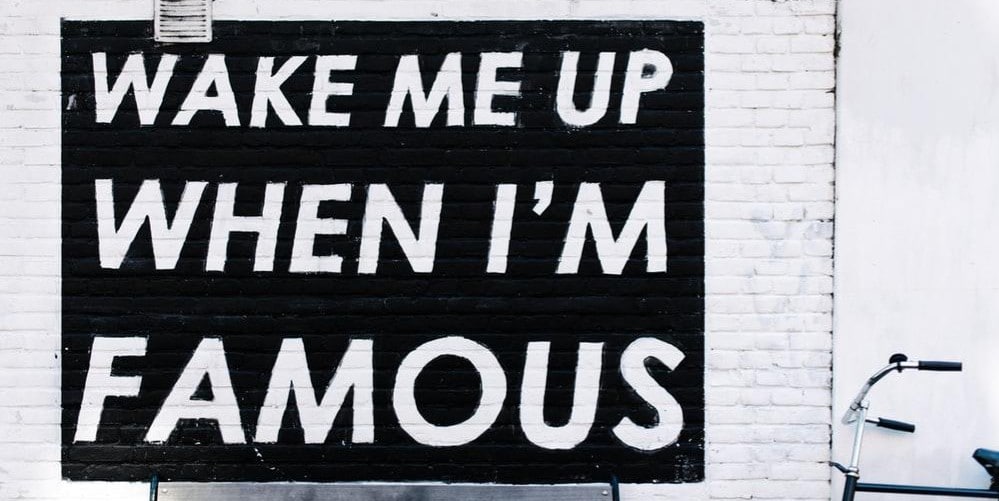 Though many people can identify calligraphy lettering, most would consider traditional lettering to simply be a form of writing. While it is funny that people would acknowledge one and not the other, this is actually quite common. Many people see lettering and assume that it is merely a way to spruce up normal writing.

What makes this more interesting is that the majority of people have actually embraced lettering at some point in their lives. This form of word art is actually commonly used by students in school, but it can actually be utilized to create some amazing things.

In a basic sense, lettering is the act of creating designed letters. They are generally distinctly large in shape or sometimes represented as three-dimensional. If you have ever drawn block letters on a poster or done anything of the sort, you were lettering and probably didn’t realize it.

The rules of lettering are much more broad than what you might expect with calligraphy lettering. As long as you are crafting well designed and unique letters that have some kind of form to them, you will be lettering. It doesn’t matter if you fill your letters with vines or a careful gradient. Lettering is lettering, and anyone can do it.

What Tools Do You Use for These Art Styles?

A major difference between these styles of art is the tools used to create them. While there is some overlap because you can use many tools for lettering, calligraphy lettering is very specific. Many people find that calligraphy can be a fairly expensive hobby. In addition to a sizeable learning curve, you really do need specific tools to carry it out. Lettering is a much more forgivable alternative and allows more room for unique approaches to creation.

For calligraphy, you need the right tools to accommodate your flow. If not for this distinguishing factor, writing in cursive with a pencil would be considered calligraphy. The truth is that it takes specific types of pens and markers to truly get the real calligraphy lettering flair. Fortunately, a variety of tools are available to help you begin your calligraphy process. In fact, many people experiment with various tools to find the one that suits their style the best. 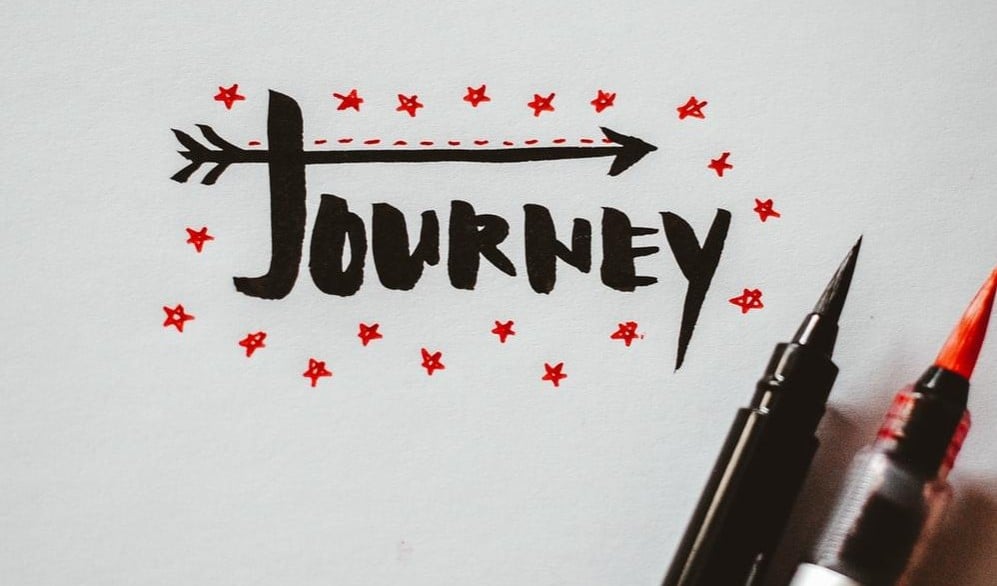 A popular calligraphy tool that is being used commonly today, particularly on social media, is brush markers. Brush markers are markers designed specifically with a tip and ink design that is perfect for making calligraphy projects. Their design makes it easy for you to enjoy swooping and looping to your heart’s content as you create beautiful designs. They come in a variety of great colors, making them perfect for crafting and journaling.

In addition to the popular brush markers, fountain pens and paintbrushes are also favored. Fountain pens are often a more difficult medium to use, particularly because you will need to manage a unique design. However, they can make for some of the best calligraphy tools around.

Somehow your work will always come out looking even classier than it already is. Paintbrushes are a method that requires a bit more practice and handwork, but they can be perfect for calligraphy. A paintbrush makes it easier than ever to glide as long as you learn to control it.

Regular lettering is unique compared to calligraphy because it doesn’t require any special devices. While calligraphy needs a tool that can respect the flow, lettering makes it easy for you to get right to work. Since lettering is a style that is not dependent on anyone’s complex style, you can do it with just about anything. Many people enjoy using markers, pens, and pencils. Pretty much any writing utensil will work when it comes to this fun style of art. 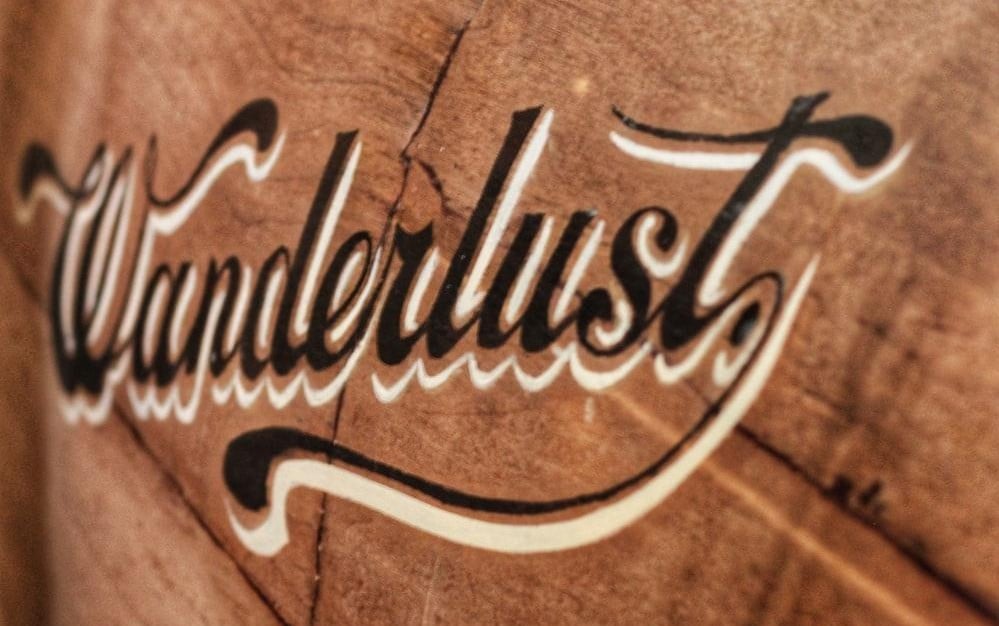 What Are the Differences in Shape?

When you look at calligraphy and lettering side by side, it is easy to see the difference. One involves some variation of two or three-dimensional lettering design. The other is single strokes that come together to create a more beautiful design as a whole.

Calligraphy is known for looking adorably playful at worst and stunning and classy at best. Lettering, on the other hand, can vary so much in design that no two are truly like. Since one is more focused on being pretty than the other, the overall structures of these designs are notable.

Calligraphy lettering will always include fluid lines moving in a way that implies harmony. No matter how many loops are added to a design, calligraphy always comes out looking beautiful in one way or another. The nature of this art style involves a feeling of unity and motion.

Lettering, on the other hand, can be used to embrace a variety of styles. You can make the shapes as professional or as playful as you want. In fact, you have complete creative control when it comes to regular lettering. This makes it easy for you to match any tone, style, or shape with absolute ease. 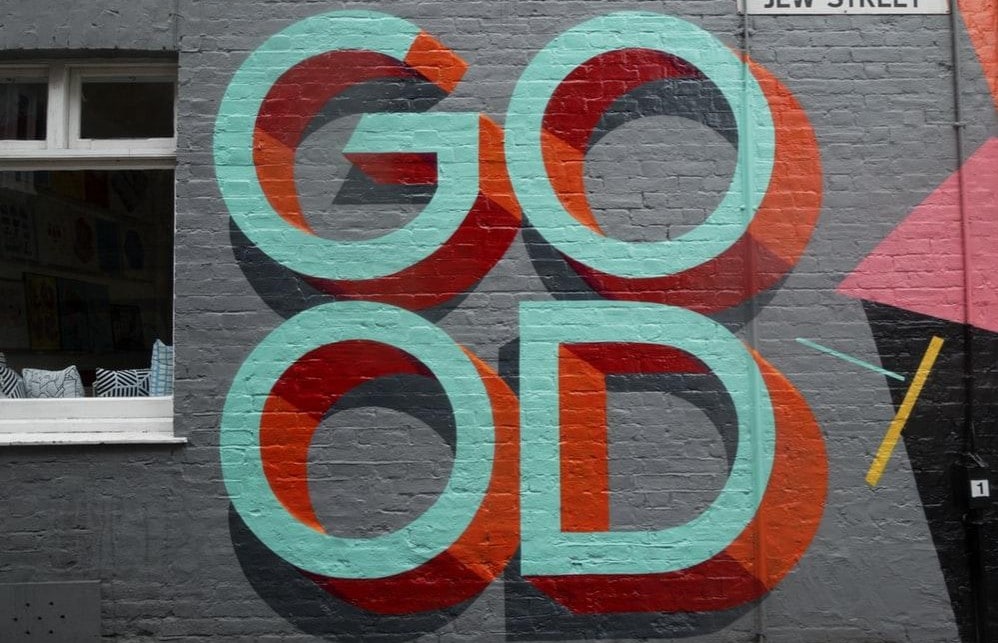 A Great Way to Tell the Difference Between Calligraphy and Lettering

An excellent way to understand the differences between these two styles of art is to use your finger to trace them. Though these designs surely look different visually, feeling the difference tends to drive home what makes them unique from one another.

When you trace calligraphy, you will find that your finger never leaves the page. It will glide along a set pattern that curves and bends and dances across the page. In some ways, it will feel as if you are moving along an invisible current.

Lettering, one the other hand, feels completely different when traced. In most cases, lettering will feel blocky in nature. Rather than feeling as if you are spelling out a word, you will feel like you are outlining one.

Since the shapes are not merely singular lines, you will find your finger leaving the page and making much broader shapes. This feeling, as if you are feeling bubbles shaped like letters, shows you just how different this style is from calligraphy lettering.

What Is the Difference in the Learning Curve?

A major consideration when it comes to separating these two styles of lettering is the learning curve. If you are considering trying out one of the other, you might be wondering which one is more difficult. In truth, this is kind of a difficult question to answer because it can go both ways.

Calligraphy lettering is a known skill that people spend a lot of time nurturing. This is why you can buy entire books designed to teach you how to write calligraphy. It is a matter of practice and patience for the majority of people. In order to properly embrace calligraphy, you will have to dedicate time to learning the practice.

While most anyone is capable of doing this, there are plenty of people who get discouraged while learning. It is important to remember that you are learning to use your motor skills in a very specific way that might not come naturally. 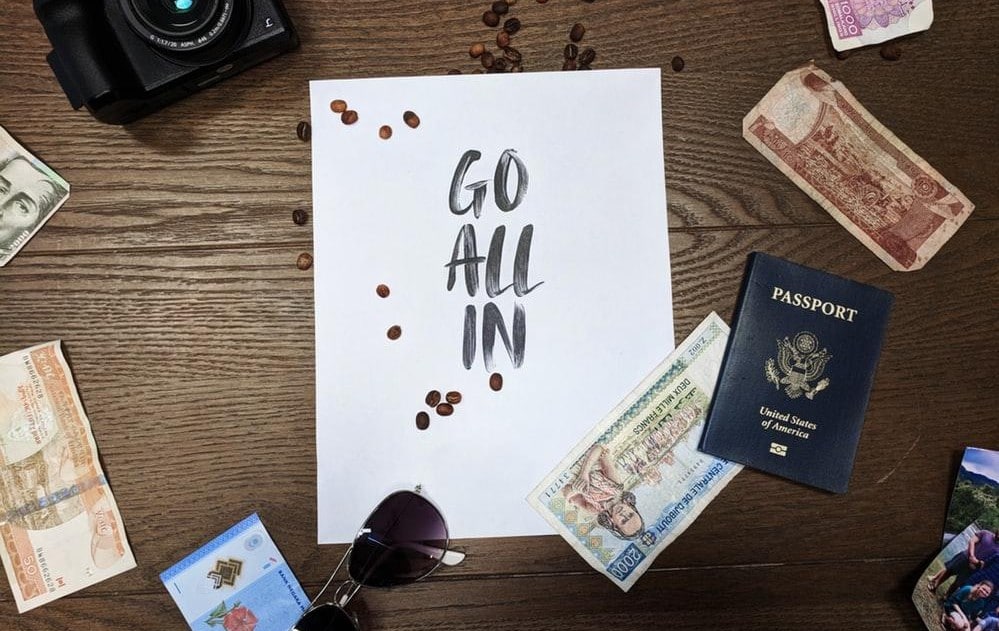 Consider This When Learning Calligraphy

One thing to consider when it comes to learning calligraphy is the fact that there are different styles. Calligraphy is not merely one set way of writing certain letters. The styles of calligraphy can vary immensely. In fact, you can make your own calligraphy style if you so choose to.

Many people do this after learning the process and find it pleasing to create custom designs. However, certain variations of calligraphy are more difficult than others. You might be fine with basic calligraphy but end up struggling with more complex calligraphy. As is the case with any process, getting better takes time.

As far as lettering is concerned, this one can vary immensely in difficult. Technically, writing in block letters at all is a form of traditional lettering. Many people would not find this to be a challenge, so the learning curve for this art style can be very small.

However, lettering is a completely custom process that can be changed to suit your interests. This means that it can be as easy or as difficult as you choose to make it. You can pick up lettering with ease on day one and find yourself struggling more as you begin to experiment with new styles.

Though lettering is in the title of calligraphy lettering, it should not be confused with other lettering styles. Calligraphy is a practice that has been around for hundreds of years and only continues to grow in popularity. It is easy to see why so many people enjoy calligraphy.

It is beautiful to look at and therapeutic to work on. For many people, this form of art is a comforting practice that can yield some truly amazing results. This smooth and ancient art is something that is seen across various countries and is known to change in style. It contrasts with traditional lettering in many exciting ways.

Traditional lettering is a truly free approach, which is what separates it from calligraphy the most. While calligraphy is weighed down with rules, lettering is a process that is designed to be whatever you want it to be. You can enjoy embracing your creativity with this style.

As long as you are making bold and outlined letters, you are well within your rights as an artist. Though these two art styles both focus on writing letters and words, they truly could not be more different.