There are few things that I love more than a logo with meaning simply because it shows hard work.

A well-designed logo is something that should always be celebrated, but some of them are really more creative.

It always excites me when people go above and beyond to make something truly special. Sometimes it is almost shocking how clever designers can be!

Other featured topics about logos:

—Pinterest is known for its unique “pins” which allow you to store links and images with absolute ease for later use. Not everyone knows that this logo’s unique “P” is actually a pin! It takes a minute to see it, but once you do, you will never unsee it. 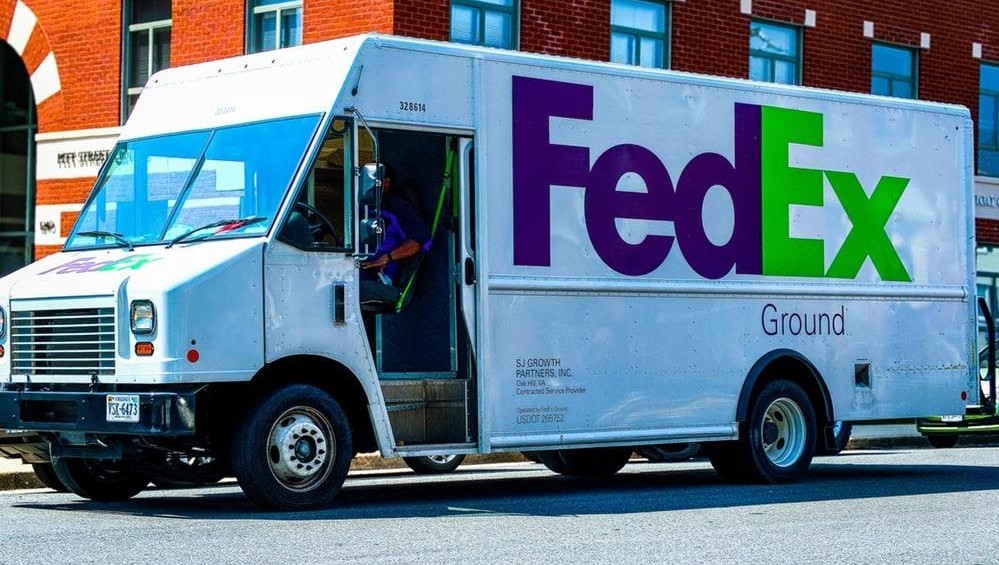 —This classic logo is a commonly known logo with hidden meaning. Between the “E” and “X” in the FedEx logo, you will see a little arrow filling the space. This is meant to exemplify their express shipping since that is what they do for business. As soon as this was pointed out, it was all that I could see.

—This logo is on all kinds of products, but few people ever look into the chaos. The “U” of the logo is actually composed of different items, including bees, plants, and water, all of which are a perfect representation of the forces that keep our planet alive and well. It is a beautiful tribute to the planet that we all love!

—Beats is known for making the best headphones around, but they also have a logo with meaning. The well-known Beats “B” is actually also shaped like a headphone to pay tribute to their products. It does a great job of mirroring the shape of the original Beats headphone style, which is what I love about it.

—This fun logo manages to combine the look of a circus tent and compose it from a magazine. This is the perfect representation of a company of this name, and it is cool to look at it both ways.

—Though Quiksilver is known for making amazing beachwear, they also have some hidden secrets of their own. Their logo is actually a take on the iconic image “The Great Wave Off Kanagawa” which is widely printed around the globe.

—Piggybacking on Quiksilver, we had to discuss their other brand: Roxy. If you look at the Roxy logo, you will see that the cute little heart is actually the Quiksilver logo twice, showing their relation! I think this designer deserves a solid high-five! 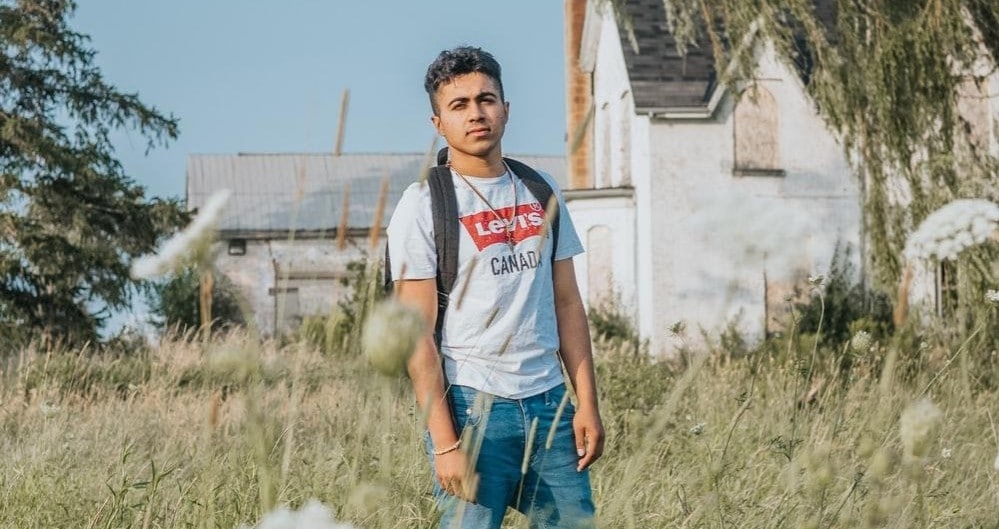 —The Levi’s logo is incredibly subtle, but it pays tribute to their pants. At the bottom of the logo, you can see the signature arcs that sweep across any pocket of jeans that this brand is known for being printed on their jeans. I love that they decided to include this subtle design decision for us to notice.

—Even though this logo was never used, I just love the hidden meaning. Not only does it spell out the name, but the fallen “I” in the logo looks like a person who has met their untimely design. This fun design is incredibly modern and quite clever!

—The Museum of London is known for all kinds of great exhibits, but also for its special logo! The colors represented in the logo actually show the changing expanses of London throughout history. This is easily one of the most creative and unique design choices that I have seen. It is particularly interesting because you would never know if you hadn’t been told.

—This famous sports team is known for more than just winning on the field. Their logo, which is a very intimidating looking falcon, is also a very fancy looking “F” too! I love this design because I think it represents a sports team well, but I love the play on design without losing the ferocity.

The Guild of Food Writers

—This is a group you might not have heard of, but they know all about writing and food. Their logo with meaning has a spoon hidden within a pen to cover the full focus of their endeavors. As far as designs go, this one is subtle and chic enough to really earn its place on this list.

—This logo with meaning is known by many but understood by few. Nestled within the Toblerone mountain logo is actually a bear, which can be found on the local coat of arms! Toblerone’s tribute to their home region is an actual marvel!

—The Tostitos brand is known for making amazing chips, which is why they put it in their logo. This fun logo actually has two people sharing a chip right in the middle of it. It shows exactly how they want you to experience their products.

—Most people know this logo, but few people recognize the peacock hidden in plain sight! This fun twist is something that people always love to learn, and it is said to represent Pride for the LGBTQ Community. As soon as I saw the peacock, I wondered how I could have missed it all these years.

—This fun and modern company took some liberties with their logo. While it is composed of characters used for coding, it also forms a cute little fish. This is the perfect representation of CodeFish!

—Hidden deep within Wendy’s logo is a hidden message that you have probably noticed without noticing. In the infamous Wendy’s character’s shirt collar is the word “mom” hidden in plain sight. It is subtle design decisions like this that always impress me.

—You might be looking for a flight but not the hidden meaning in this logo. This logo serves a dual purpose of showing off both an airplane and two F’s for Flight Finder! It brings together multiple elements to make something truly great! 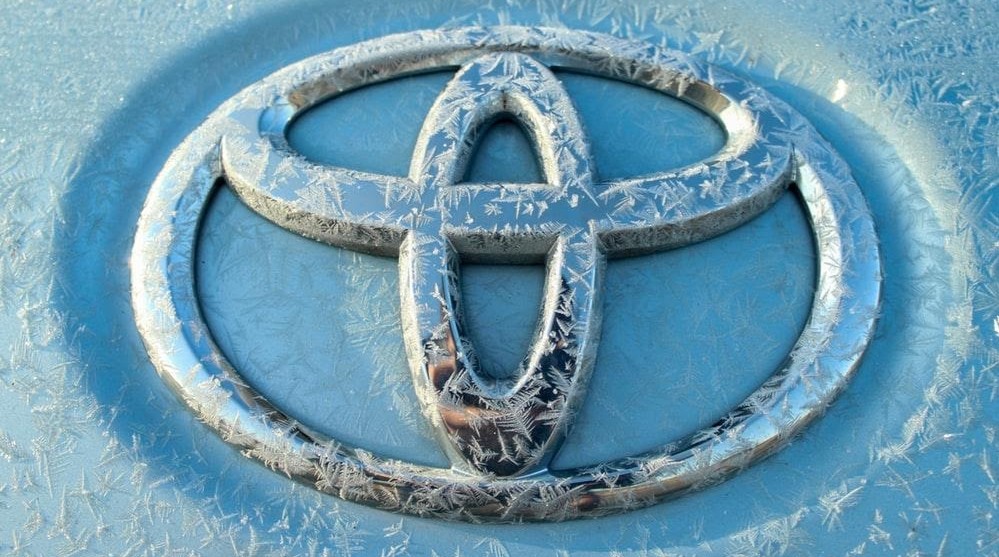 —The Toyota logo is one logo with meaning that will blow your mind when you see it. Depending on what elements of this logo you highlight, you can actually spell out Toyota using it.

—This classy logo is actually much more than it appears. What we all assumed was a simple “H” for “Hyundai” is actually meant to represent a handshake. Hyundai considers business interactions to be a celebrated exchange between business and customer. I think this one is particularly nice even if it isn’t overly obvious.

—This logo with meaning is less subtle than some but still surprising. Within the “BR” for Baskin Robbins, you can also find the number “31” to represent their iconic 31 flavors!

—Though they somewhat recently paired with Oracle, this company had a logo with meaning too! The microchip element actually spells “sun” over and over.

—This is one of those subtle ones that you have probably noticed without realizing it was done on purpose. The “G” in Goodwill is actually designed to look like a smiling face!

—The LG logo is known for being associated with high-end tech, but it is also a logo with meaning. This fun logo actually forms a human face if you look at it correctly. It would appear that LG wants us to remember that there is a human element, even with technology!

—Amazon is well known for their easily identifiable logo, which shows off the name and an arrow swooshing underneath it. This arrow is made to show their shipping focus as the arrow travels from “A” to “Z” and it is also shaped like a smile, which is what they want you to feel when a package arrives.

—This awesome logo is known for its beautiful tree to symbolize life, but on each side of it is a secret. One side of the logo is a gorilla while the other one is a lion, making this a complete zoo setup!

—Though they have undergone a recent change, their old logo was one with real meaning. Between the legs of the giraffes, you can easily see distinctive buildings from the Bronx!

—Though this company has long since been passed onto the modern owners of Sony that we all know and love, this logo is still great. Hidden within the technology-focused design is an “S” and “E” for the owner’s name.

—This fun logo for a barbershop is not only scissors and not only a fancy mustache. Oh no, if you look closely, you will see Mister Cutts himself sporting glasses and a mustache. This covers all elements of the name and company, and it is just a lot of fun.

—Though this is actually a fan adaptation and not the original, it still deserves to be included. This fun logo is a bird with the face of a lion hidden within it, and I think it is really cool. This design, which plays on an image on the company’s primary page is definitely a logo with meaning!

—Everyone loves these tasty chocolates, but few people realize just how much is actually hidden within them. Between the “K” and “I” in the Kisses logo is actually the shape of these delicious chocolate kisses!

—The Cisco logo is fairly simple, but it has a big meaning. If you look at the lines drawn within the logo, you can easily see the San Francisco bridge!

—This hidden logo twist isn’t all that subtle, but the “C” in “Chick-Fil-A” is actually a chicken. I was a little surprised that they didn’t use their signature cow here, but it is a fun addition to a great logo.

—This group of yoga lovers from Australia shows it off with their special logo. Hidden between the enclosed area between the person’s leg and arm is the beautiful shape of Australia!

—This signature brand is known for its iconic three stripes, but they also have a logo with meaning. The stripes actually stack up to form a mountain, but most people just think it was a simple logo choice. I loved learning this!

—Do you know that BMW started in the aviation industry? The logo ties into their roots, and in the center of its logo, you’ll see blue, which represents the sky. The white represents propeller blades moving so fast they cut through the sky.

—This fun tech company is known for their amazing products, but also for its secret logo design. The “VA” is actually meant to represent “Analog” while the “IO” represents “digital” in this cool logo.

—This company is ready to help you bring your digital presence into the future and so much more. You can easily see a fancy designer swirl in their logo, but it is actually also an elephant trunk hidden in plain sight!

—Though this logo has since been replaced, it used to have quite the little gem hidden inside of it. You could easily pull apart the design to receive the depiction of a person riding a bicycle. Since that is what Tour de France is all about, it is the perfect addition.

Not every logo needs to have a hidden meaning, but I really do think that it brings something special to the table. If you are looking for a little extra creativity in logos, look no further. These designers went above and beyond to really think through their design, and we should always reward that. I would love to see more designs like this going forward!

How many of these logos did you know have hidden meanings in their design?