Home » Drawing » Use Procreate without Apple Pencil (What You Oughta Know)

Use Procreate without Apple Pencil (What You Oughta Know)

Home » Drawing » Use Procreate without Apple Pencil (What You Oughta Know) 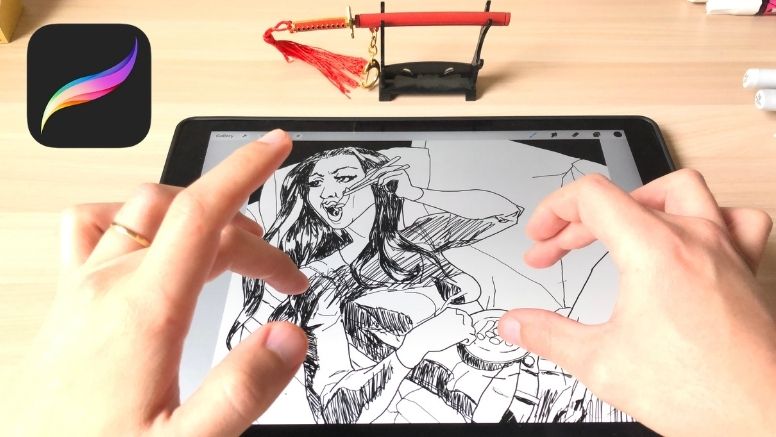 Procreate is a raster graphics editing application created for graphic illustration on the iPad using an Apple Pencil.

There’s also a lite version created for the iPhone called the Procreate pocket; however, the parent app is by far a lot more popular and practical for graphic designing.

Now, Apple is known to be notorious for being Apple-centric when it comes to hardware and software compatibility, which begs the question that being an iOS-only app, will Procreate work with anything apart from the Apple pencil?

The support page at Procreate puts it pretty bluntly, Procreate is meant to be used on an iPad with the Apple pencil and the only other sure alternative is the Logitech Crayon. Anything else will only serve as a make-shift solution with limited capabilities.

This post may contain affiliate links. I may receive a small commission when you purchase through my links at no cost to you. I only recommend products I use or really like.

Other related posts to help you with Procreate:

Procreate stands ground on Apple software and hardware fidelity. The company generally focuses on the principle that with seamless integration and full compatibility, the Apple Pencil is the standard for an iPad.

And there is nothing wrong with that train of thought.

Improve your Procreate drawing and painting skills with Skillshare’s courses. I love being able to watch a crazy amount of videos to help me improve my art. Because I could watch so many different videos I was rapidly improving at many different things. With this link, get 2 weeks FREE.

The Apple Pencil is a high-quality stylus that has always been designed to be the iconic pair to the iPad. Still, even with the stringent compatibility rules, Procreate still provides some leeway.

While it may lack the additional features that come with the Apple Pencil and iPad symbiosis. It is an effective tool that will meet all your drawing needs.

Apart from the Logitech Crayon, Procreate doesn’t entirely shut down the idea of using third-party styluses. Rather it warns users that they may not be fully compatible or only partially compatible.

While the idea of being partially compatible is somewhat abstract, it does, however, indicate that whether a third-party stylus will work with Procreate or not is entirely dependent on chance.

We would recommend actually trying a stylus out before buying it to see if it, at the very least, can perform the functions you need on Procreate.

While the Apple Pen has been strongly recommended by Procreate for iPad users, this recommendation only holds for people who own newer generation iPads that come with Apple Pencil support.

For older generation iPads such as the iPad Air 2, iPad mini 4, and 5th generation iPad, the Apple Pencil support does not exist, mainly due to the touch hardware these older iPads use.

Luckily, Procreate does provide a workaround solution for such iPad owners.

These users are suggested to use active styli such as the Jot touch 4 by Adonit or Pogo Connect by TenOneDesign.

While drawing may not be as smooth on these older units, they can still be quite valuable for semi-professional or recreational use.

Procreate without a Stylus

Procreate is meant to allow users to emulate the feeling of drawing with a pen and paper on their iPads.

This means that Procreate is expecting its users to use an up to standard stylus.

Regardless, if you’re wondering if you can opt-out of using an Apple pencil or a stylus altogether, you might have a difficult time drawing out the more intricate details in your art.

Still, Procreate does make it possible for users to draw with their fingers as users don’t have to worry about pressure or stroke thickness since those options can easily be changed from the HUD using a sliding bar.

Now, fingers are pretty thick compared to a pen tip; the only hurdle you need to overcome will be your fingers impairing your vision where you draw.

Apart from that, getting used to drawing with your fingers would take some time as well, but if you do wish to take a more rustic approach to create art on Procreate, you are always welcome to experiment.

Improve your Procreate drawing and painting skills with Skillshare’s courses. I love being able to watch a crazy amount of videos to help me improve my art. Because I could watch so many different videos I was rapidly improving at many different things. With this link, get 2 weeks FREE.

Why Not just any Stylus

As cumbersome as the hefty limitation on stylus variety on Procreate may be, it is essential to remember that digital art requires high-quality hardware.

It is challenging and very inefficient to produce good quality art or improve your drawing skills with sub-par styluses.

Just as you wouldn’t be able to draw with a pencil that has a chipped tip, it would be hard to work with a stylus that does not provide you with the minimum hardware requirements such as pressure sensitivity, smooth traction, tilt support, etc.

If you can, you should either go for an Apple Pencil or a Logitech Crayon, but if you prefer some other stylus provided that the stylus is compatible with Procreate, it is highly suggested that it possesses decent specifications, as the tools of the trade matter as much as the trade itself.

Do not get a stylus that is clunky or has a latency (delay in stylus input and Procreate action).

Using a substandard stylus may cause you to develop habits to compensate for the errors, which might end up being reflected in your work.

All in all, we suggest that you stay on the safe side when using Procreate and use styluses that are officially endorsed by the application.

Third-party styluses are still a hit and miss with the latest version of Procreate, and if you’re only using one because of budget limitations, it would be wiser to save for a Logitech Crayon as you will always run the risk of wasting money on an incompatible or partially compatible stylus. 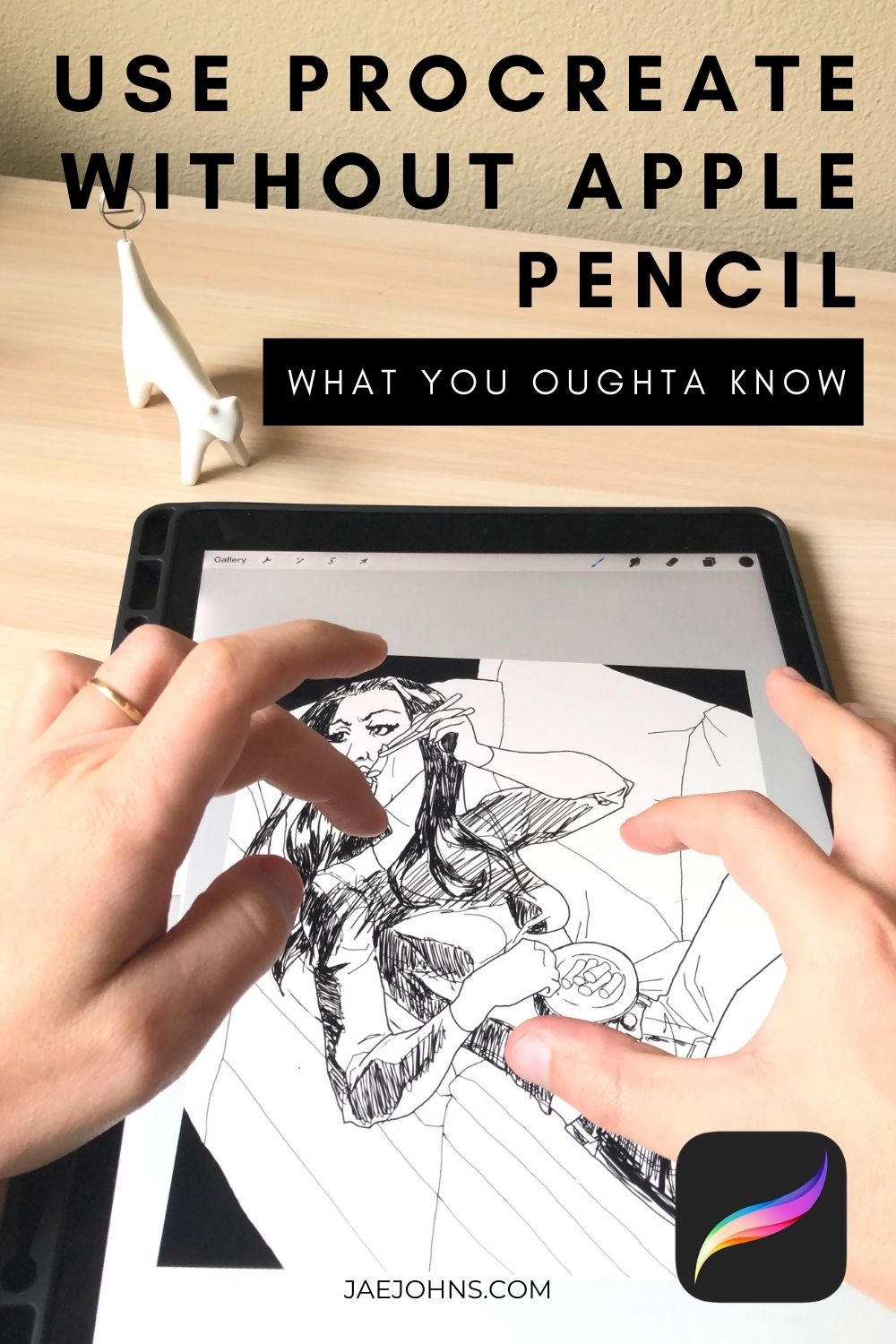 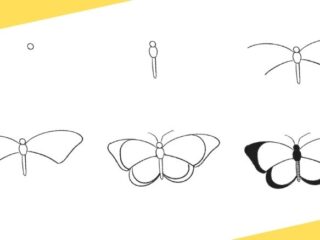 How to Draw a Butterfly (10 Easy Steps)
← Read Last Post 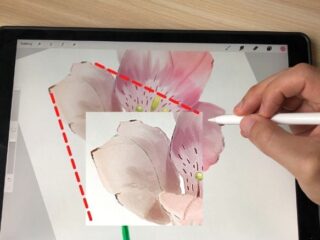