With the increasing popularity of graphic designing, CG art, and animation, drawing tablets have become a high-demand tool for recreation and professional use. Today many softwares have been introduced with the purpose of using the iPad as a drawing tool. You might be wondering if you can use iPad on Windows.

You can use an iPad as a drawing tablet. It will require you to install a third-party app in order to recognize the Apple Pencil.

Though, there are still some limitations. It would be best if you considered the below sections before you extend the use of your iPad as a drawing tablet.

Other related topics to help you at drawing:

Drawing Tablets such as those made by Wacom are dedicated to digital art. These tablets’ focus is to provide users a tool for their digital canvases, meaning the entire line of hardware and software support is carefully planned around this sole purpose.

Compared to this, an iPad is designed to be a Universal multimedia device with its main use self-contained within the device. This gives an iPad the advantage of being flexible to be used for multiple purposes but at the same time makes it lack a few key considerations that would otherwise be rudimentary in drawing tablets.

Take, for instance, tilt and rotation support in drawing tablets. The core concept behind drawing tablets is giving the user the same feeling as if they’re using an actual brush. For this purpose, the tablet has to simulate how a brush would produce strokes when being tilted or rotated.

However, the iPad only supports tilt sensitivity. This means that while you can adjust the thickness of a stroke, you can not change its angle. This can be quite a cumbersome limitation as it forces your strokes to flow at a single angle only.

One of the most essential features of any drawing tablet is pressure sensitivity. This is what enables a drawing tablet to simulate the stroke of a brush. The harder you press on the pressure tablet, the stronger the marks you want to be emulated on your digital canvas. As a rule of thumb, the higher the pressure sensitivity, the finer the control you will have over your strokes.

Generally, pressure levels for standard and high-end drawing pens vary between 2000 to 8000. There is no set standard for what is considered a good pressure sensitivity level, on top of that, Apple hasn’t revealed the pressure levels for any of their Apple pens either. If you do wish to use an iPad as a drawing tablet, it is suggested that you try both generation pens at a local store before settling for one that suits you.

Another feature that can affect how comfortable your experience with using an iPad as a drawing tablet is the stylus tips. Usually, your Apple pen or drawing pen tips will wear out with use and will have to be replaced. However, the difference between Apple pencil and professional drawing pens lies in the variety of available tips.

For the latter, you have a wide range of tips that can replicate the feel for different kinds of strokes, while for the former, you have none. Ultimately though, this comes down to personal preference, and even without the accessibility of customizable tips, the Apple pencil is still considered a high-quality stylus.

All drawing tablets come with a set of programmable buttons that can be customized according to the user’s personal preference. The point of adding these buttons is to allow the user to access all the tools they need without having to sift through options on the screen.

The typical use of these buttons is to change brush type, undo an action, or access the eraser. For people who have a habit of using these hotkeys, the lack of them can be quite an inconvenience. This is, unfortunately, the case with an iPad. The Apple pencil does allow you some minor shortcuts on screen, but other than that, users will have to sift through options on the screen for most tasks.

Windows will instantly recognize a drawing tablet when connected to a USB port, instantly changing your cursor type whenever any input is sent through the drawing tablet, indicating that a stylus input is being sent. Even pen settings come as a default configuration for any version of Windows 10.

Compared to that, if an iPad is connected to a Windows through the USB port, you will require a third-party application for the Windows to recognize the apple pen input from the iPad.

While there are a host of third-party applications to help achieve this, one very powerful application that stands out is Duet. We recommend Duet because it was made by ex-Apple engineers, and along with its high fidelity with apple products, it is also very user-friendly. To use the application, you simply need to:

Duet is optimized to work with software like Photoshop, Illustrator, Lightroom, etc. Perhaps the only drawback of the application is that it has to be purchased.

Professional vs. Recreational Use

Mainstream applications like Photoshop, Core Painter, have started to take iPad into consideration for digital art. However, even with the added support, it’s more feasible to use an iPad as a substitute for graphic tablets than a stand-alone measure. 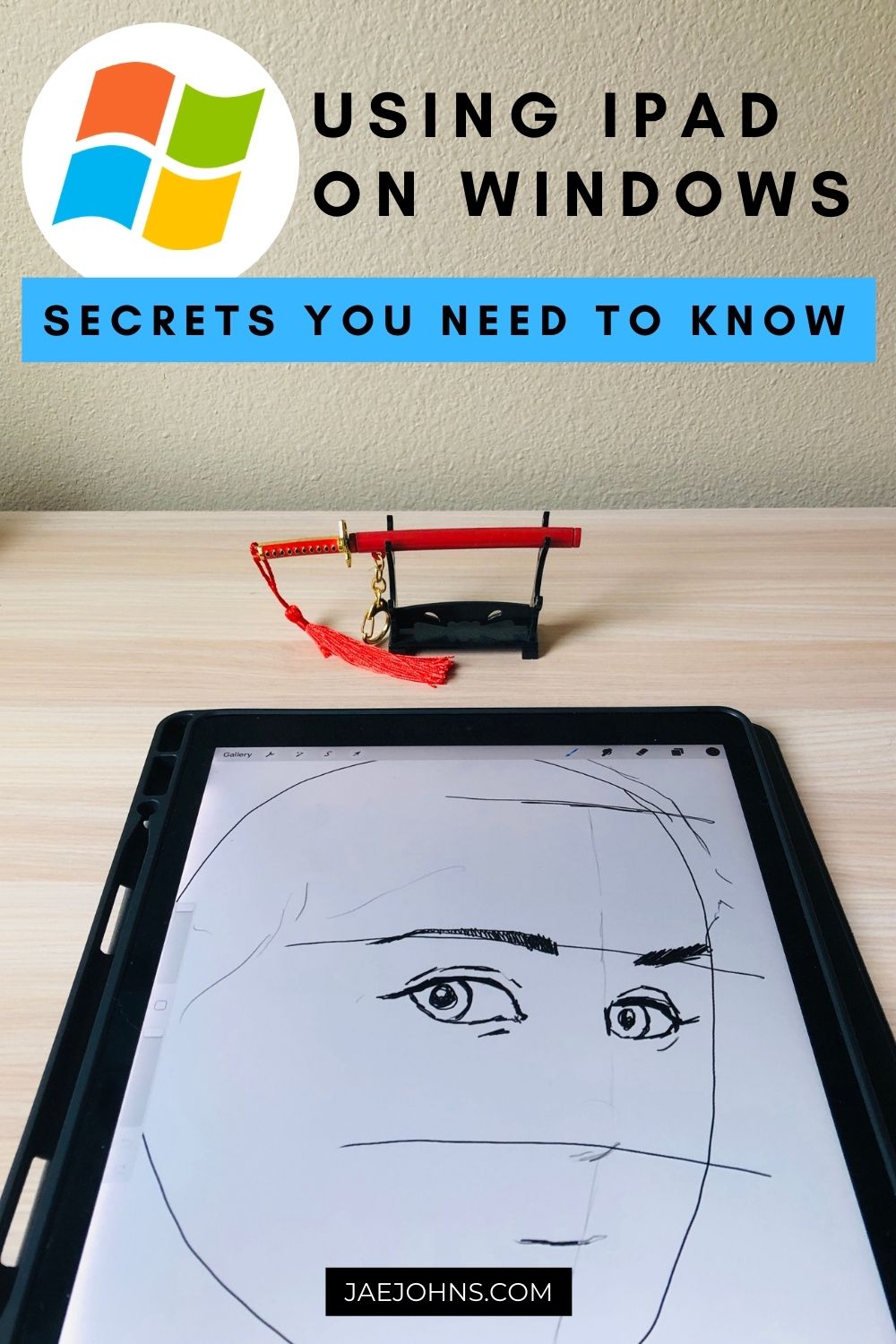