Home » Art » Does Resin Melt (What You Need to Know)

Does Resin Melt (What You Need to Know)

Home » Art » Does Resin Melt (What You Need to Know) 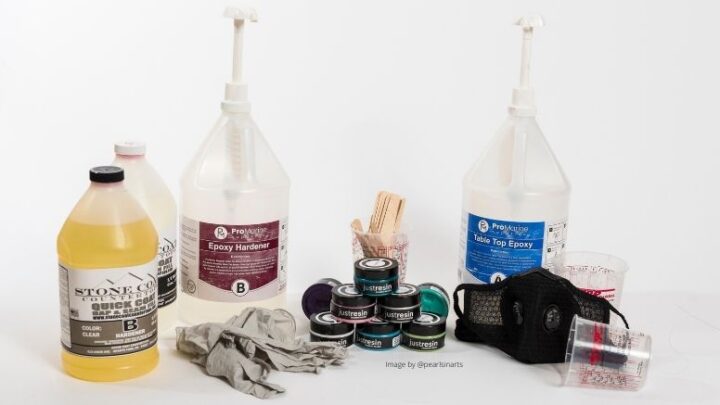 Does resin melt, or is it just a myth? To put it out there – Some people say it melts while others say that it doesn’t. But, what’s the reality to it?

Pure resin DOES NOT MELT. What happens is that the polymer chain starts to disintegrate when heat is applied to resin, as it is a thermosetting polymer. As the breakdown occurs, resin starts to soften. Many people often perceive this process as MELTING, when it actually isn’t! It is just chemical disintegration!

At what temperature does resin melt?

First of all, it doesn’t melt. However, if it is the softening and disintegrating that we are talking about, it is different for different resin variations.

Different materials have different melting points during the process of manufacturing resin. Here’s some data regarding the melting temperatures of plastic resin during PROCESSING.

However, these temperatures are only applicable to the processing stage while making typical plastic resin. The final product – ‘resin,’ DOES NOT melt.

As we mentioned earlier in the article, solid resin does not melt. The polymer chain might break down, but that’s pretty much it. So does resin melt effortlessly? IT DOESN’T even melt, let alone talk about melting easily.

However, there is one condition that may apply when talking about melting resin. When the resin is fully cured, it can get soft or melt even with so much sun exposure.

Does resin melt in the sun?

Resin does not melt in the sun; this is due to the chemical compound found in resin.

It can melt in the sun under ONE condition only. And that condition is that if you cure it. Cured resin can melt even in bare SUNLIGHT. Little heat might melt cured resin too!

When talking about using resin as an adhesive to glue plastic together, you have to try it out for yourself.

It proves as a decent adhesive when it comes to binding wooden, aluminum, and glass objects.

IT DOES NOT BIND things made out of Teflon, Mylar, polypropylene, nylon, or polyethylene.

Not sure which material your plastic is made of? Well, try it out yourself and test your luck!

Talking generally, NO resin does not melt plastic while using it as an adhesive.

However, there may be certain conditions in which plastic MIGHT melt when the resin is poured over it.

Such may be a condition when a cup of mixed epoxy resin sits on a plastic sheet and is heated.

The plastic sheet will lose its shape and show evidence of melting.

However, these boards can prevent this headache if waxed Melamine boards are used over plastic sheets.

In short, the answer is YES. The resin will eat your Styrofoam if used directly on it.

Polyester resin can under no circumstances be used to coat Styrofoam!

The resin will react with the styrene part of the Styrofoam, and the Styrofoam surface will appear to be melted.

You cannot even apply Epoxy resin due to the same reason.

However, there’s a catch to this!

Polyurethane resin works perfectly well on Styrofoam without any damage to it and that too without having to do anything extra!

Does resin melt in fire?

NO, the resin cannot melt in fire. The logic is similar to the one mentioned above.

Resin cannot be melted under any circumstances.

What most can happen is that its polymer chain might break, but that’s pretty much it to this UN-melt(able) bad boy.

Does resin melt in water?

Resin cannot be melted in the water, whatever the temperature of the water.

Try submerging an object on which you have applied resin in boiling water.

You will get proof the resin does, in fact, not melt in water.

It doesn’t even move or thicken; it remains how it initially was before putting and leaving it in hot water.

The answer to this question is again hostile. No, resin does not melt plastic cups.

Surprisingly, hard plastic cups are advised to be used when mixing epoxy resin.

Epoxy resin does not even stick to the surface of the plastic cups and makes your mixing job much more manageable.

These plastic cups can then later be effortlessly washed and cleaned to use again next time.

Yes, the cured resin can be melted quickly.

Possibly this is the only variation of wax that can be melted or softened easily with so much as sun’s heat or even a little heat from any external object.

However, they become hard again when the temperature is lowered.

To put it plainly out there –It is extremely RARE for the epoxy resin to melt completely.

However, epoxy resin does seem to SOFTEN at some temperatures.

However, if the temperature is decreased, epoxy will begin to stiffen and settle once again.

Can resin be melted and reused?

NO, the resin cannot be melted and reused. It cannot even be melted.

Resin is nowhere near thermoplastics that can be melted and then later molded or shaped for reuse.

Once the resin has been formed after the polymerization reaction, you don’t even have a chance at melting and reshaping it.

You can cut and grind them into a new shape, but you cannot melt and use molds to create another figure.

Resin has changed the processes in today’s industry by providing use in paints, coatings, adhesives, and has constructional benefits, such as in woodwork.

The short answer to the question (can resin be melted) is NO unless it is ‘cured resin’ that we are talking about. There you have IT! 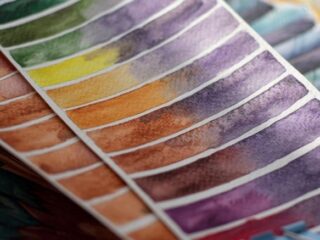 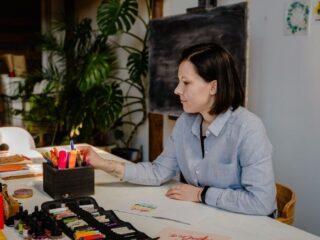